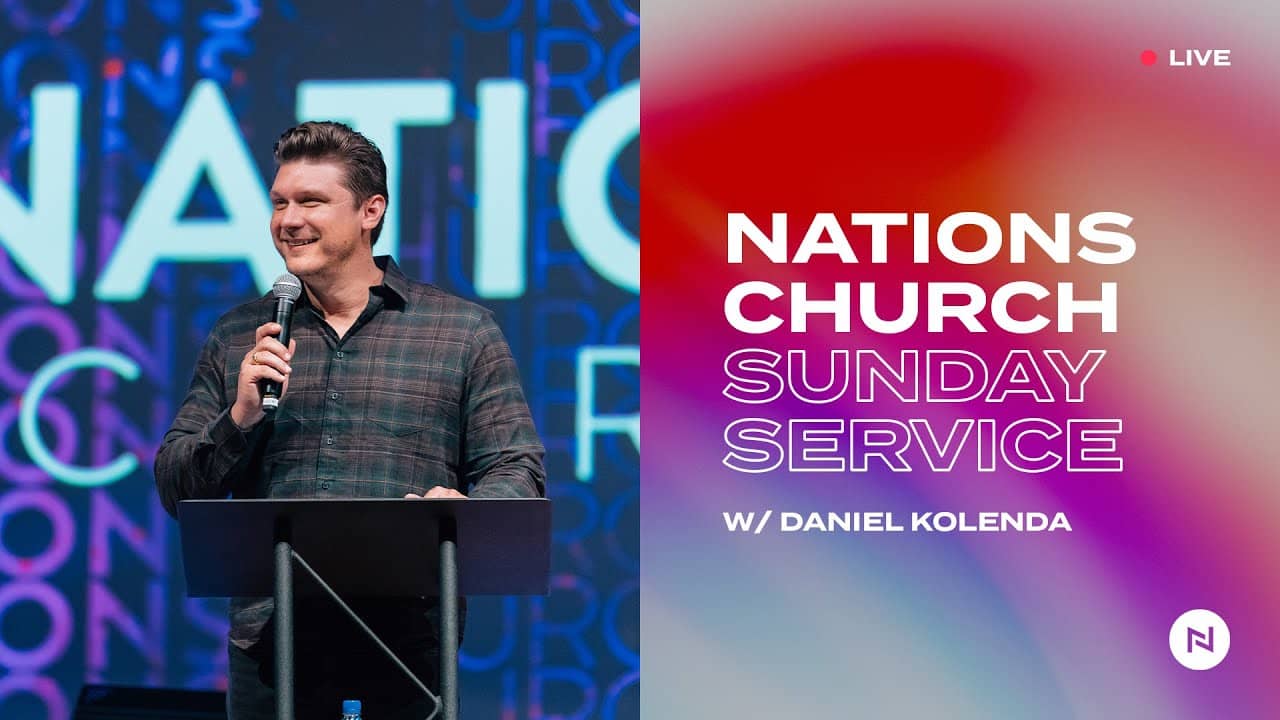 In the passage, Jesus’s good friend Lazarus is on his deathbed. His sisters, Mary and Martha, ask Jesus to come and heal Lazarus. Instead of coming quickly, Jesus waits until he dies and is dead for four days before He showed up to perform the miracle. In verse 21, Martha told Jesus that if He had been there, her brother wouldn’t have died. She also said that she knew God would do whatever Jesus asked, despite the circumstances. Jesus tells her that her brother will rise again, not just in the resurrection from the dead. He is trying to give her a hint of his intention and plan, but she doesn’t understand. Jesus says He is the Resurrection and the life.

Nations Church is an unusual place. There aren’t many churches you could go to on a Sunday morning and hear testimonies of hundreds of thousands saved, limbs growing, and the blind seeing, but this should be normal. It’s what we read in the Bible, our manual for life. We should be experiencing this. Many are Cessationists, believing the gifts of the Spirit were only for the Apostolic age. Others believe in the gifts theologically but there’s a cognitive dissonance. They believe, but they have never seen the gifts in action and don’t expect miracles, so they too are Cessationists in a sense.

There is a ditch on the other side of the road that we who do see and believe in miracles must be careful to avoid. There are three traps in this area for people led by the Spirit. The first is taking the extraordinary things of God and allowing them to become common. When we see and hear testimonies so often, we can take for granted what God is doing in our midst. When I started working at CfaN, some designers said they were tired of crowd pictures from the crusades and wanted something new. These were pictures of hundreds of thousands of people being touched by God, saved, and healed. The designers were living in miracles of millions coming to Christ but taking it for granted. We are living in a miracle. I implore you to stay enthralled by the wonder of the moving God. Stay thankful and ask Him to do it again.

The second trap is de-personalizing the supernatural. We can get distracted by the miracles and lose sight of the Miracle Worker. We can talk about all the miracles and manifestations and encounters, getting caught up in the gifts but forgetting the Giver of those gifts. This is like Martha in John 11. She goes into religious mode with Jesus when He says her brother will live again. One of the hardest groups of people to break out of their routine is people who grew up in church and have all the right theology. The right answers have become cliché to them. Jesus had to break through Martha’s religious answer, look her in the eyes and say, “I am the Resurrection and the life, he that believeth in me, though he were dead, yet shall he live!” Jesus wanted her to see who He was, standing right there before her. If she would believe in that moment, she didn’t have to wait until the end of the age for her brother to be raised. Jesus’s statement is just as true today as it was that day two thousand years ago at the tomb of Lazarus. Jesus is telling us not to get distracted or look to the future, He is right in front of us.

The third trap, when we are in the environment of the miraculous, is to embrace the miraculous until we really need it. Evangelist Bonnke told a story of a very sick man who had been a Christian most of his life. The man prayed, but wasn’t healed. He recounted that he saw miracles in his life and prayed for many who were healed, but now he was sick and praying and God wasn’t healing him. Have you ever felt like that? You know these things are true, you’ve seen them happen to others, maybe even through your prayers, but when you need it most, it doesn’t feel as real anymore. That sick man said he was so discouraged that he was about to lose his faith. Evangelist Bonnke told him, “My dear brother, when you’re drowning, that’s not the time to throw away the life preserver.”

Lazarus was in that tomb, not just one day, but four days. Jesus said the sickness wouldn’t end in death, but it was for the glory of God, so we know Jesus had a plan from the beginning. He didn’t go there on the fourth day by accident. There is a Rabbinic tradition dating back to Jesus’s time. Rabbi’s interpreted Scripture and taught that when a person died, their spirit would linger on the corpse and could return to the body for up to three days. After that it was too late, and they had to wait for the resurrection at the end of the age. Jesus waited until the time when everyone said it was impossible, then He showed up. He waited until all the human wisdom and earthly solutions had run out, so everyone would realize there is one chance and one hope. When He raised Lazarus from the dead, He wanted them to know that it wasn’t their techniques or wisdom or luck or chance, it was a miracle!

Some of you are on the fourth day, and there’s no hope left. That thing you were hoping for has died, and it is stinky. People look at your life and say it’s far too late for your miracle. But listen, you serve a God who is the resurrection and the life and whoever believes in Him, even if he is dead, he shall live! Miracles are not just an African thing or an old-fashioned thing from the Apostolic Age. Miracles are a Jesus thing. He is the Resurrection and the life. He is the miracle and the breakthrough, the answer and the solution. I don’t care if your miracle is dead, in the grave, and stinking, or if people threw flowers on its grave and it’s wrapped in grave clothes. Get back up in Jesus’s name and see that miracle take place in your life! Jesus is the Resurrection and the life for you!

Where are you at with the miraculous?

What is God showing you about the miraculous and believing for your miracle?

Do you need a miracle right now? Do you believe that Jesus wants to come and move in your situation, no matter how dead it seems?