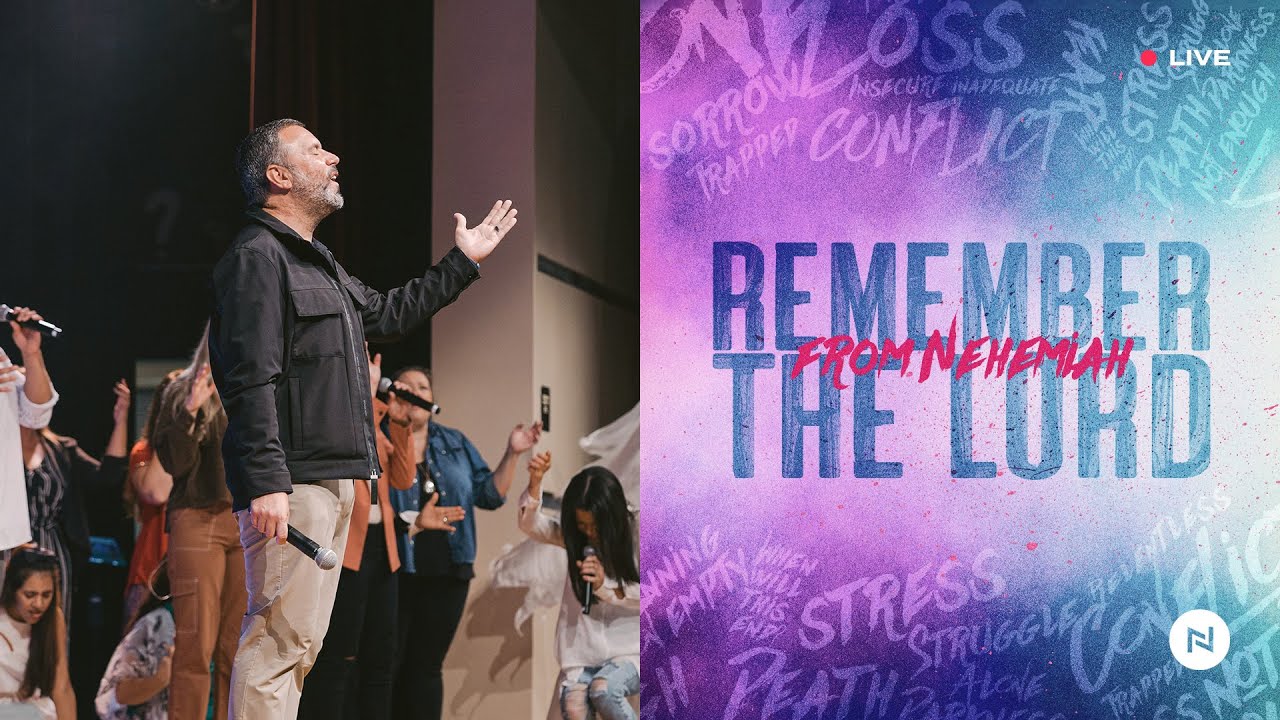 Have you ever been caught in a battle while doing God’s will? Nehemiah and the children of Israel were in the process of rebuilding the walls of Jerusalem when in the midst of it they were ridiculed and threatened by their enemies. Nehemiah, knowing that it was God’s will for the walls to be rebuilt, pushed past the ridicule and attempts to distract them from the work at hand by remembering the Lord–that God was with them and would fight their battles. When we’re caught in a battle, we can be of good courage and not fear as we remember the Lord.

Nothing makes the enemy angrier than a group of believers coming together to fulfill God’s work. The enemy frowns upon God’s people gathering to build God’s kingdom and tries to steal all the glory for himself. He waits for any opportunity to creep in to cause chaos.

This is exactly what happened in Nehemiah 4:7-8. It reads, “But when Sanballat and Tobiah and the Arabs and the Ammonites and the Ashdodites heard that the repairing of the walls of Jerusalem was going forward and that the breaches were beginning to be closed, they were very angry.  And they all plotted together to come and fight against Jerusalem and to cause confusion in it.’’

The enemy is not naive to what is happening and sees the gap closing. He sees the breaches have been sealed and that the work is almost completed and so his conspiracy to fight begins. He knows what will happen if the wall is completed and uses any opportunity to stop the work.

Similar to our own personal fights and battles, when we are just on the brink of a breakthrough, the enemy causes us to focus on all that is going wrong rather than what is going right. We forget about the many times God has brought us through before and no doubt He will bring us through once again.

Are you a ‘The glass is half-full type of person’ or ‘The glass is a half-empty’ person? If you’re building a house or even a wall, like the children of Israel in Nehemiah 4, then your focus can either be on what percentage of the job has been completed thus far or how much work still has to be done.

It’s easy to look at what is still left to be accomplished, rather than acknowledging the work that has already been done. In verse 10, it says “There is too much rubble. By ourselves, we will not be able to rebuild the wall.” The people of Judah become discouraged and try to convince Nehemiah that they have done enough and that they cannot sustain the rest of the work because it is too arduous.

And this is exactly what the enemy loves. The enemy wants to distract us and shift the focus of the children of Israel to the rubble on the ground, and not the wall that is halfway built. The enemy sees when we are close to a breakthrough, but he also enjoys when we have moments of self-doubt and fear. He seeks to discredit all the progress we have made and this not only causes us to doubt our own abilities but even God’s abilities.

Despite the many complaints by the people of Judah, Nehemiah does not become discouraged. He dismissed the negativity and decided to fight. In the face of adversity, we must not allow fear to hold us back.

Verse 14 says “And I looked and arose and said to the nobles and to the officials and to the rest of the people, “Do not be afraid of them. Remember the Lord, who is great and awesome, and fight for your brothers, your sons, your daughters, your wives, and your homes.”

At this moment, Nehemiah knew that the work being done is progressing the kingdom of God and the enemy is against it. In one hand, you have the sword and in the other, you’re doing the work of the Lord. God wants us to fight, He doesn’t want us to be afraid. Do not retreat, do not slow down. We are going forward.

Stop being afraid and remember the Lord. He will help you, strengthen you, and uphold you. God will bring the enemy’s counsel to nothing, just as verse 15 says: “And it happened, when our enemies heard that it was known to us, and that God had brought their plot to nothing, that all of us returned to the wall, everyone to his work.”

Don’t let go of that sword while you’re building for the Lord. God is fighting the battle for you! The battle belongs to the Lord and He will fight for you. When you’re caught doing God’s will and the enemy comes for you, don’t cower in fear. Be strong and remember the Lord! 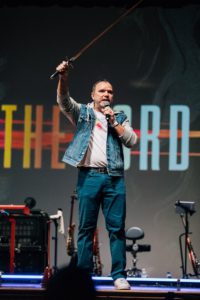 What fears do you need to let go of?

Do you know that God is with you and not against you? Are you ready to stop being afraid and trust in Him?

← Prev: Schooled By The Spirit: Surrender to God Next: The Harvest Is Plentiful →